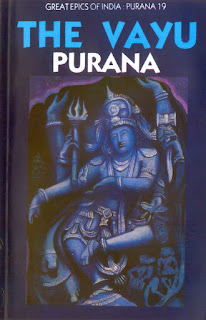 This purana is a tamsik purana, a purana that glorifies Shiva. This Purana is a medium sized Purana and it has twenty-four thousand shlokas in all. These shlokas are divided into two parts. They are then further divided into one hundred and twelve chapters. There is just one last point before I start the review. The Vayu Purana is so named because it is believed that Vayu himself recited it.

Enough of introduction. Now, I would like to summarize and tell you my favourite story from this Purana. I am also sure that this is a story that very few would have heard. 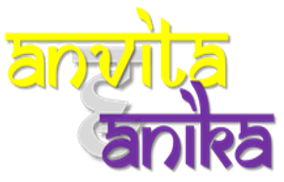 Editor: Our July Newsletter is finally out. I know it has come after a long wait and I’m sorry for the delay but we finally completed it. This time we have added two brand new sections. Hope you enjoy the additions. This time I, Anika donned the editor's cap. My sister provided the content for quite a few books. She has given the content for at least eight to nine books and they are very well written. Well here are this issue's sections: 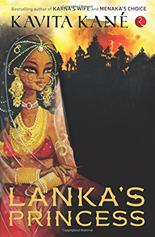 Lanka’s Princess - This is yet another book written by Kavita Kane. This book is about Shurpanakha also called Lanka’s princess. Shurpanakha means hard as nails. She is the sister of Ravan. Ravan is an asura and the villain of the great epic the Ramayana. The first opinion that forms in your head, if you have read the Ramayana is that Shurpanakha is an evil shape shifting monster. She had tried to kill Sita, but had her nose and ears sliced of by Lakshmana brother of Ram. If you are hearing about the Ramayana for the first time, then after reading this you too would have formed a bad opinion about her. This book is different. It portrays the not well-known side of Shurpanakha. Kavita Kane has tried to sympathize with Shurpanakha while being fair to Ram and Lakshman. She has succeeded in doing so. I as a kid think the book could have done well without the overwhelming romance between Shurpanakha and Vidyujiva. Others might find this important or interesting but I didn’t care about this much. In the book Kavita Kane describes the small and trivial yet crucial events in Shurpanakha life that has not been written in other versions of the Ramayana. She has described most of the story from Shurpanakha eyes and concentrating on her emotions too. It has been a nice experience reading this book. You can also visit my blog to know more about this book. [k] [link] 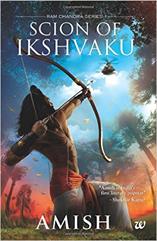 Scion of Ikshvaku - This book is written by Amish, and is his second series which he has written. The first one was the Meluha series, and this is the second one, the Ram Chandra series. I want to give you a small idea on the storyline. The story covers the birth of Rama, his marriage and it ends when they are in exile and Sita is abducted, and Rama sees the Pushpak Vimana taking off with her. This is not the original Ramayana, but it is a fictional retelling of it. Amish has added his own changes to the story, with the basic storyline. I really liked the book. He added so many twists, which made the story one which you will read. I found each change in the story unique. The start of the book is slow, but later you really start to enjoy it. You might have to read some parts of the book again to understand it. It is a worthwhile book to read. It describes many things in detail, making it simple for the reader to understand. It is very different from the Ramayana and has many things that have been changed, but it does not make it unpleasant to read. [v] [link]

This section has all the must-read books. It contains the books that we thought most children would like. Trust me the books in here are totally amazing. Even if you are reluctant to read the books in here, do not miss them out. There is no need to buy them, just get them as an e-book or borrow it from a friend or library. The moment you start reading these books you will fall in love with them and would want to buy them. If they don't spark your interest follow the fifty-page rule before you put it down. They are totally amazing. 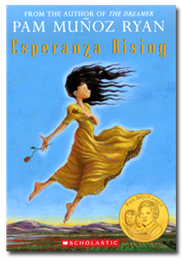 Esperanza Rising - This book is written by Pam Munoz Ryan. It was given to me by my cousin. As most of the books she gives me are nice, I started reading it. The story was about a young girl named Esperanza. It talks about how she struggles in her survival in the escape from Mexico to the United States. It starts with the unfortunate and sad death of her father and the way she her mother and servants, escape from the mercy of her cruel uncles to the United States. Even after reaching the United States luck is no better. They must do very tough work to survive and when things could get no worse, Esperanza’s mother falls sick. Can Esperanza stay strong and support her mother in this struggle? Read ‘Esperanza Rising’ to find out. This book was very nice. It gave the message to show hope and strength in even the worst of times. This book was based on the author’s grandmother’s experience on hermove from Mexico to the United States. There ae a few Mexican words in it which you may not understand but otherwise it was an amazing experience reading this. [k] [link]

Email ThisBlogThis!Share to TwitterShare to FacebookShare to Pinterest
Labels: Newsletter 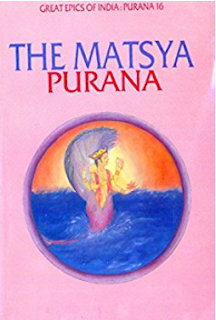 This time I am reviewing the Matsya Purana. This is the fifth Purana that I am reviewing, that has been written by Bibek Debroy. The Matsya Purana comes sixteenth in the list of Mahapuranas. The Matsya Purana has fifteen thousand couplets. It is a medium sized Purana. There are fourteen thousand shlokas which are divided into two hundred and ninety-one chapters. You might get a bit confused at this point because I earlier mentioned fifteen thousand shlokas but in the fifth line I mentioned the division of only fourteen thousand shlokas. The book doesn’t mention the division of the last thousand shlokas. Well, that must means that the last thousand shlokas have not been divided into chapters at all. The Matsya Purana is a tamsik Purana, a Purana that glorifies Shiva. Lomaharshana is the narrator of the Puranas to some sages in the namisharanya forest.
This Purana was originally recited to Manu by Lord Vishnu in his Matsya avatar. It is also considered as the most holy of Puranas because it was recited by Vishnu himself. Well, the question now is how and when did Manu hear the Matsya Purana? It so happened that Manu was meditating at the foothills of Mount Malaya. A pleased Brahma appeared and asked Manu what he wanted. Manu replied that he wanted to be the one to save the world from destruction in the current era. Brahma granted the boon and disappeared. Soon, the time of destruction dawned. As promised, Manu got a boat and collected all the great rishis and animals in the boat. However, before all this had happened, Manu had found a fish that had kept growing size. It became so large that it was too big for the whole ocean. Well that same fish came back and helped Manu steer the boat in the tossing and turning waves that were engulfing the entire Universe. The fish was none other than Vishnu in his Matsya avatar. Manu asked many questions, and the answers of the fish were written down in the Matsya Purana.