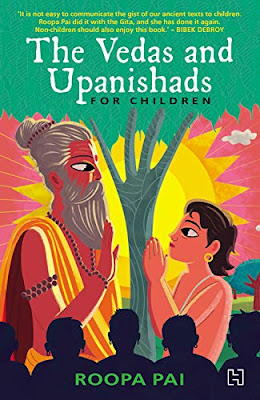 The title of this book is the Vedas and the Upanishads. To give you a little information, I’ll give a short summary. The Vedas are one of the most sacred texts of the Hindus. There are 4 Vedas, which in order of composition are, the Rig Veda, the Yajur Veda, the Sama Veda and the Atharva Veda. They basically describe the rituals, sacrifices, who were the Hindu gods, etc. Another important thing is that the Vedas were not written for a long time but were instead composed and kept in the head. The Vedas are also made up of four layers and this is where the Upanishads come in. The Upanishads are the last layer of the four layers that make up a Veda. They contain stories and myths that explain the different possible meanings of the first three layers. It is also kind of similar to the third layer of the Vedas. I know this is all very confusing and you also must be wondering why I am reviewing this.