The Hardest Challenge - A poem 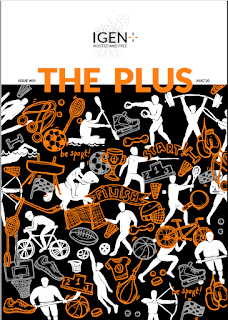 Freaked out over the final exams
Reading and revising and trying to cram
Panic and pressure were in the air
When something happened that was definitely rare.
A deadly virus was sweeping the world
Everywhere fear was starting to unfurl
Each day brought news of death
The virus was snuffing out countless a breath.
Schools shut down, exams cancelled
People forced inside, jobs abandoned
Restless children, worried many an adult
All of them forced to adjust.
From east to west
The virus had swept
Leaving the world waiting with bated breath
For a cure to the seemingly unstoppable death.
Fast forward to a few months later
Turns out that I’d become something of a debater
I suppose the story is fairly long
If you have time, buckle up and come along.
You see, I had become quite carefree
Acting almost as though I were three
Then I was shocked back to reality
Abruptly and with quite a lot of brutality
The shock felt rather like a knuckle of brass
Or in other words also known as online class
However, that was only the tip of the iceberg
Along with it came something far more absurd.
It turns out I had been recommended
For an opportunity that was apparently splendid
I was now taking part in a debate competition
Despite my slightly vehement opposition
Now I was faced with what felt impossible
Despite assurances that it was completely feasible
I had to juggle homework, studies and debating
Barely started and I was already suffocating.
A shy and reserved person by nature
More tolerable would be an electric chair
Stage fright did nothing to help
All in all, not a pretty combination
Did you finally see the reason for m y vexation?
Debating itself to begin with was not a piece of cake
Doing it online was enough to give me a headache
So much to remember; So much to do
Look at the camera, but don’t stare
Look confident and be a ware
Be loud but don’t shout
Be confident and without a doubt
Don’t start looking left and right and all around
Or you’ll end up not too different from a clown
Yet despite my initial reservation
I ended up having fun
I learnt how to debate and not to fret
All this without breaking into a sweat
I boast not, but I became a skilled organizer
Something that made me all the more wiser
I learnt how to keep up with my increasing workload
Yet my studies I never allowed to be slowed.
Learning to balance work and fun
Was one of the best things I’d ever done
What I thought was going to be a disaster
Just helped make me my own master.
One of the hardest challenges I’d ever done
Showed me that I’d only just begun
In such a terrible time of panic and worry
with hardly any reasons to be merry
To me my achievement seemed to shine
As brightly as the sun in all its prime. 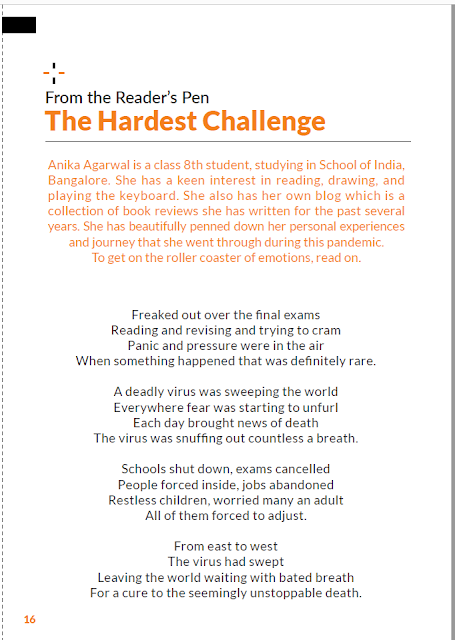 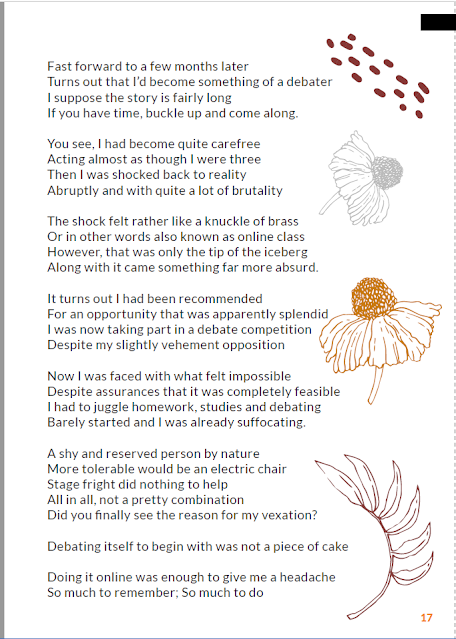 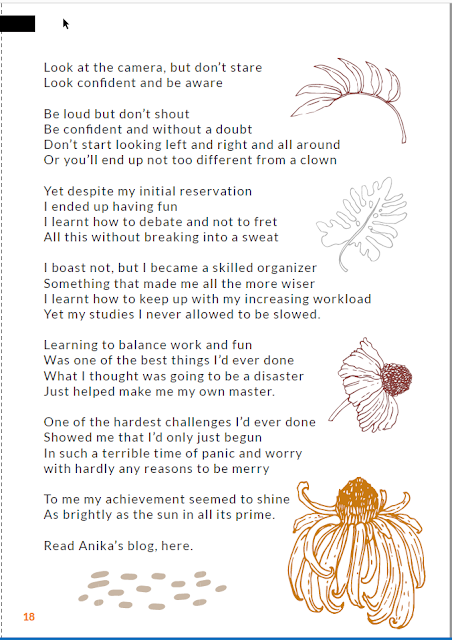 Originally submitted for a CBSE assignment, later republished on iGenPlus at https://igenplus.com/
© 2021, Anika Agarwal. All rights reserved.
Posted by Anika at 11:46 AM