Appu and the circus.

Appu and the Circus

In this story  there is an elephant named Appu got captured by circus people. If you want to know the story read my review. One day Appu asked  if he could go and see the circus, he asked are his friends coming. His mother said Lambu giraffe and Kaka crow are not coming. Mini mouse and pretty butterfly are coming so he went.When they had crossed halfway ,they started eating the bananas. 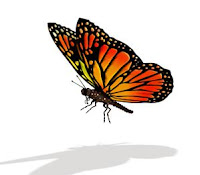 When they reached what did they see? A wonderful sight. Appu was amazed by the elephants.He walked towards them and got captured. So his friends thought and thought.Suddenly they got an idea. Pretty fluttered on a flower. No one was around except the manager's son,when he saw her he  woke up someone and asked him to catch her. In the meantime mini had come and started eating the string
.The guard saw that and started chasing them. Mini fell down and the guard was almost on top of her. Appu saw that and picked up a stick and started hitting the guard.Soon he dropped it and went into the forest with his friends and lived happily ever after.