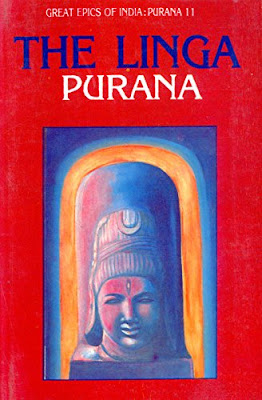 This is one of the 13 puranas that I have read. The Linga Purana is number 11 in the list of the eighteen Mahapuranas. This Purana is a tamsik Purana, a Purana that glorifies Shiva. The Linga Purana is a comparatively short Purana because it is just eleven thousand shlokas long. It is divided into two parts. The first part is known as Purva bhaga and has one hundred and eight chapters. The second part is known as Uttara bhaga and has fifty-five chapters.

This Purana like most other Puranas is narrated by Sauti or Lomaharshana, a disciple of Vedvyasa to some sages living in the Namisharanya forest.

There were many interesting stories in the Purana. The Linga Purana was very interesting to read. Compared to the other Puranas that I have read; this Purana comes at number 3. This Purana concentrates more on the creation and destruction of the Universe. It also talks a lot about the geography of the Earth. The Linga Purana has less stories and most of them have been mentioned in other Puranas. In a few stories, there is a twist which is added to glorify Shiva. It was nice reading this Purana. I have also reviewed it on my blog.