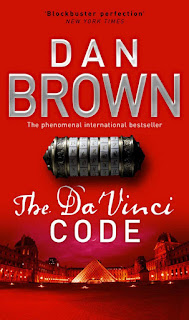 Amazon IN
WOW!
That was it. I had nothing else to say after I read this book. No words can do this book justice.
Despite saying that I’m still going to try, note the key word here is ‘try’ to describe my experience.

The prologue literally yells for your attention. It’s like a Venus flytrap that coaxes you in with its pretty appearance and smell but the moment you’re close it traps you. After reading the prologue you cannot, I repeat CANNOT, leave the book because the prologue is about a murder. And as we know murders in books don’t reveal anything - not even the tiniest clue, but they let you in enough to make you curious.

Once the curiosity is satisfied, and you’re curious and dying to know more, it settles down at a leisurely place. However, don’t mistake leisurely for lagging or a slow pace. Lagging is probably the last thing that will come to your mind while reading this book. What I mean by leisurely here is that the book tortures you and keeps you asking for more and reveals very little.

A little about the plot now

Robert Langdon, the renowned Harvard symbologist, as he is referred to in the book, is woken up in the middle of the night and informed that Jacques Sauniere, the curator of the famous Louvre, the very same man that Robert was supposed to meet, has been murdered. A gruesome picture is sent to him and he immediately realizes that this is not an ordinary murder.

Summoned immediately to the Louvre by the French police, Langdon is in a state of confusion as to why he is needed. Upon reaching the Louvre Langdon is shown the series of baffling clues on the body. Introduced to French cryptologist Sophie Nevue, Langdon is informed that they must figure out the clues and crack the puzzles Sauniere left before dying. As Langdon and Sophie work on the clues, they soon discover a connection to the famous masterpieces of Leonardo DaVinci. It doesn’t stop there. The trail of cryptic clues left by Sauniere tell a tale as old as time. A tale that delves deep into the murky pages of history.

Clue after clue is solved and an increasingly mystified Langdon and Sophie realize that this series of seemingly unconnected clues holds the key to one of the most guarded and ancient secrets of history.
They realize that unless they peel back each and everyone of Saunier’s protective layers and solve all his enigmatic puzzles the answer to the greatest mystery of time will be lost forever.

That is all I can tell without giving away any spoilers. It would be a shame to tell anymore as then you wouldn’t have the pleasure of reading it on your own.

I will have to say that Dan Brown has thoroughly researched while writing this book. This is evident in the various references to Christianity and ancient symbolism. Each detail about the symbols is described including the ancient history and reasons behind them. The history is told in a way that makes it interesting and you find yourself fascinated.

I also loved the codes and puzzles. They don’t make any sense at first but once they are solved you’re just shocked at the simplicity and cleverness of it.

The DaVinci Code has to be hands- down the best thriller I’ve read. Might even be one of the best books I’ve ever read.

But you know what I’m not going to say anymore. I’ll let you decide for yourself if this book is as amazing as I’m making it out to be or am I just exaggerating.